Rick King, volunteer firefighter with the Shanksville Volunteer Fire Department, recounts his experience on September 11, 2001 attending to the site of the crash just a short distance away from his family owned convenience store.

King recalls opening his deli, Ida’s Store, early that morning like he had done every day, when a customer entered the store and told King that a plane had hit the North Tower of the World Trade Center in New York City. As he was speaking to his father, a Vietnam War Veteran, on the phone, King discovered that not only had another plane hit the South Tower, a third plane had crashed into the Pentagon in Washington D.C. Shortly after, King was speaking with his youngest sister on the phone, who lived merely two miles from him, when they both heard the loud roar of a large plane flying overhead. Moments later, both King and his sister heard the plane crash, shaking the ground and sending plumes of black smoke into the air.

King discusses his expectations arriving at the scene of the crash, assuming there would be hundreds of people badly injured who required assistance. When King arrived, he was shocked by the sight of a large crater and no plane in sight. The plane had hit the ground at such a high speed that it had burrowed itself forty feet into the ground.

King recalls the arrival of two FBI agents from Johnstown, Pennsylvania, stating that Westmoreland 911 had received a phone call from a passenger on the plane, disclosing that the plane had been hijacked. It was at this point that King and his fellow firefighters were able to piece together the events that had led them here, realizing that the devastation in front of them was related to the events in New York and Washington D.C. King expresses his sorrow for those that perished that day, describing the passengers of United Airlines flight 93 as regular people going about their day, and expressing his exasperation that he was there immediately after their last moments on earth. King explains that though the passengers of flight 93 knew that their deaths were imminent, they chose the path of bravery and saved many lives as a result. 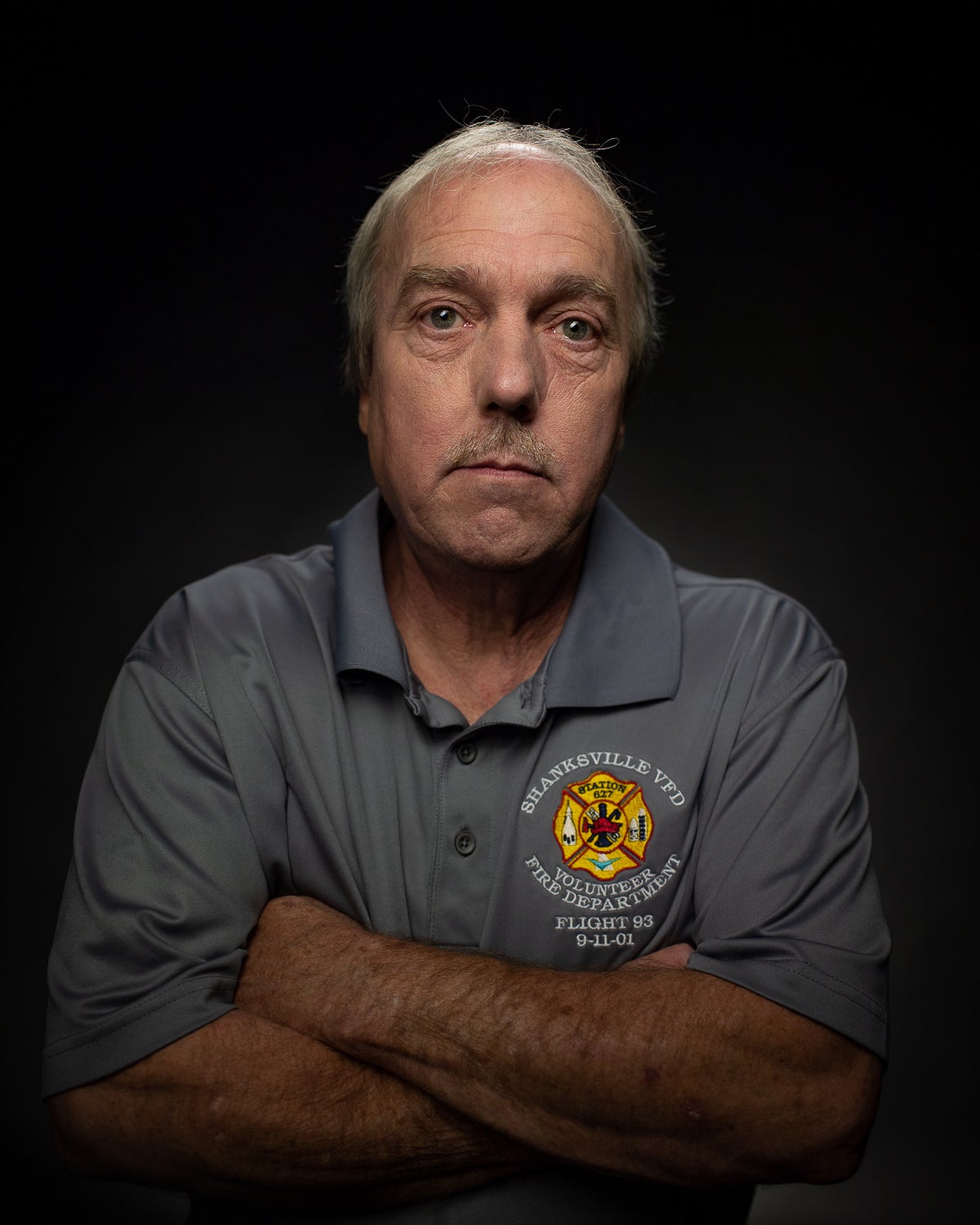