Niels Jorgensen, retired FDNY Lieutenant from Ladder Company 80, reflects upon his memories of 9/11 and the hardships he has faced ever since, after having contracted 9/11- related cancer.

Jorgensen recalls his passion and drive to become a FDNY firefighter from a very young age, crediting his father, another FDNY firefighter for instilling in him these aspirations. Jorgensen mentions that the highlight of his life has been serving the FDNY.

Jorgensen recalls that on September 11, 2001, he was working his side job driving an oil truck, and was not on duty with the fire department. Like so many that day, Jorgensen heard the news of the first plane hitting the North Tower of the World Trade Center on the radio. He remembers seeing the building in flames, shrouded by plumes of smoke. He attempted to call the firehouse, to which he received no response. Moments later, Jorgensen made the decision to return to his firehouse when he saw the second plane hit the South Tower, knowing that our country was under attack. By the time he reached the firehouse, everyone had already responded to the scene.

Jorgensen followed orders to commandeer a city bus and make his way to the World Trade Center, and await further instructions. As Jorgensen and fellow firefighters were crossing the Brooklyn Bridge into Manhattan, the South Tower collapsed. Jorgensen recalls the moment he realized they were too late, when the chief’s radio went eerily silent after the collapse, and he knew that his fellow firefighters, his friends, were gone. Jorgensen reflects on his guilt that he harbors twenty one years later that he wasn’t able to save them.

Jorgensen explains that in the aftermath of both of the Towers collapsing, he and his fellow firefighters were tasked with assisting on the pile, rescuing any survivors and recovering the remains of those who perished. Jorgensen recalls the toxic air that he and so many were subjected to, explaining that it felt like he had swallowed razor blades from inhaling smoke and debris.

After four consecutive days of working at Ground Zero, Jorgensen returned home to his wife and children. Jorgensen’s wife, Annie, greeted him with the news that she was pregnant with their third child. Jorgensen recalls the duality of emotions he felt in that moment: joy, and guilt. The wife of his dear friend, John, who perished on 9/11, had just found out she was pregnant as well. In May of 2002, both Jorgensen’s daughter and his friend’s son were born within days of each other. Jorgensen admits that he still experiences feelings of guilt that he has the privilege of watching his children grow up, a privilege that was taken from so many others.

Beginning around 2008, seven years after 9/11, Jorgensen began to feel off, but attributed it to having a demanding career and also age. When his symptoms continued well into 2009, Jorgensen became concerned and sought medical treatment. Jorgensen explains that many doctors and firefighters expressed denial that firefighters were developing illnesses attributed to their service on 9/11.

Jorgensen recalls how his decision to seek counseling for his mental health was necessary, yet detrimental to his cancer diagnosis, stating that the “c” on his file to signify that he was in counseling led to doctors claiming his symptoms were psychosomatic. Jorgensen explains that he is unashamed of his decision to seek mental health treatment, recalling that he and fellow firefighters were frequently attending memorials for their friends, which took a toll on their emotional wellbeing.

Jorgensen recalls that he collapsed one day and was rushed to the hospital, where he was told if he hadn’t gone in, he likely would have died within 48 hours. After undergoing several tests, Jorgensen was diagnosed with a rare form of Leukemia, which typically affects around 500 people per year in North America. Jorgensen soon learned that six other firefighters had been diagnosed with the same type of Leukemia in the previous six months.

Jorgensen recalls attending a memorial service for a fellow firefighter, Larry Sullivan, who he had learned was diagnosed with cancer six months prior. Each memorial service Jorgensen attends serves as a reminder of the events that transpired on September 11, 2001. Despite the fact that twenty one years have passed, Jorgensen and his fellow firefighters are simply unable to move on as they and their friends continue to be plagued with 9/11-related illness. 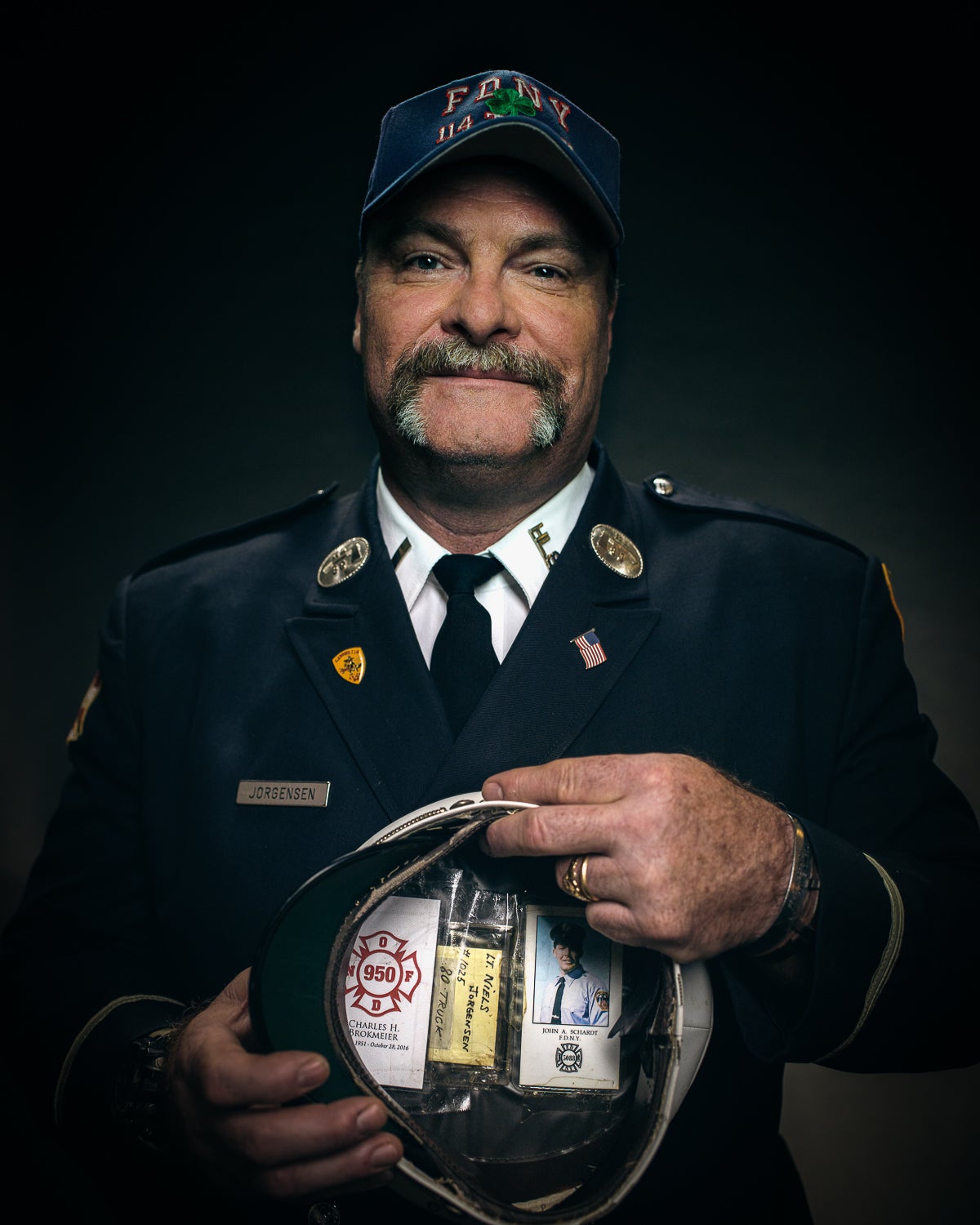