Joanne Barbara, widow of former Fire Department of the City of New York (FDNY) Chief Gerard Barbara, discusses her life with her late husband and their final moments as a couple before the 9/11 attacks.

Her husband was a kind gentleman, enamored with his career, who quickly rose through the ranks within the FDNY, she recalls.

The 9/11 attacks happened a week before the couple was supposed to vacation in Aruba. Even more poignant, their daughter picked up New York Yankees tickets from her father on September 10, 2001. That meeting would be the last time she would ever see her father.

Their son had left home to start medical school a month before the 9/11 attacks. That would be the last time he saw his father.

The morning of September 11th started just like any other day. Gerard Barbara left home for work in the early morning hours like he usually did.

Joanne Barbara remembers having her television on at her house and witnessing both planes fly into the World Trade Center buildings. After the first building was hit, she recalls thinking that her husband would have a busy day. But when the second plane hit the South Tower, she started to panic, not knowing if her husband and her daughter, who worked in Manhattan, were safe.

Her daughter later returned home to a house filled with relatives and friends anxiously awaiting word about Gerard Barbara.

Joanne Barbara realized that it was over when she woke up the following day on September 12th, knowing that her husband would’ve been home or at least called by then if he was alive.

The last known sighting of Gerard Barbara was in the South Tower. There is a photo of him looking up at the two burning towers, steps away from the front entrance.

Joanne Barbara explains how instrumental the FDNY was in getting her son back home from medical school since every source of transportation had been shut down at the time.

She discussed her experience walking in the Tunnel to Towers 5K Run & Walk NYC. She describes the Foundation as a beautiful family of people whose mission is always to remember and celebrate the heroic efforts of those who perished on 9/11 and those who continue to suffer from 9/11-related illnesses. 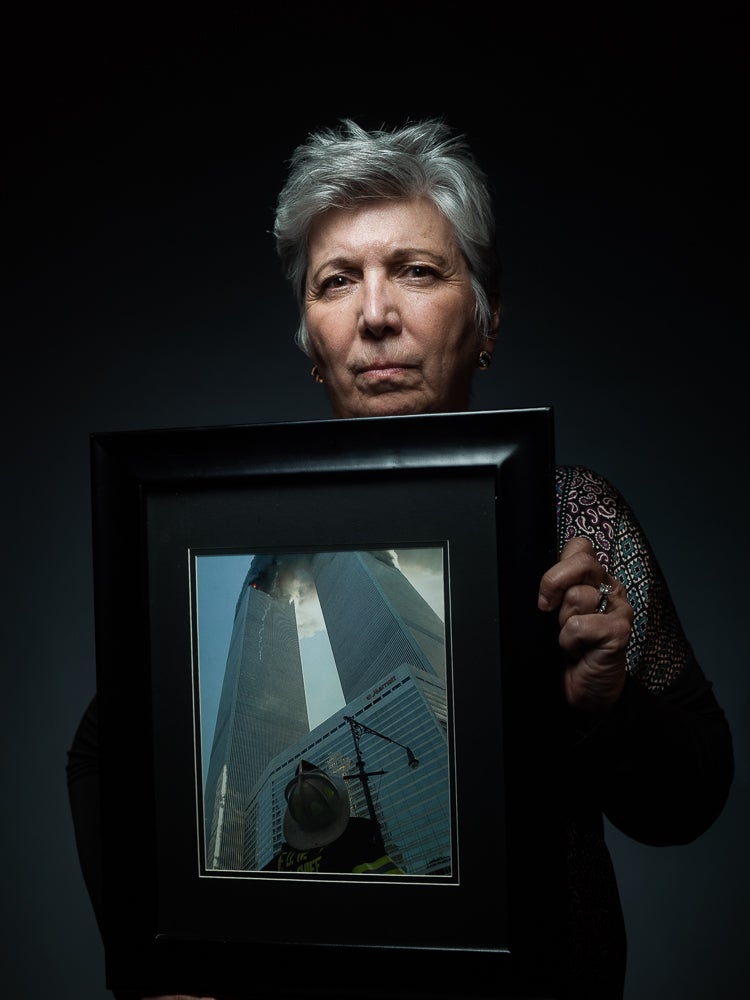