McGoff remembers being behind Unit 216 when one of their men was crushed by someone who jumped from the burning buildings. The smoke from the buildings made it very difficult for them to see the people jumping to their deaths from the infernos.

McGoff recalls hearing the South Tower collapse, and as he and his men started running north, debris from the tower struck him in the back and launched him across West Street, shattering multiple ribs.

Michael says the collapse was as if there was a hand covering the sky. The dust and debris made it very difficult for them to see and breathe.

The men describe the life-changing decision to walk through Albany Street instead of Liberty before the North Tower collapsed.

Norton has survivor’s guilt, being one of the older members of the Engine and seeing many of the younger members of the unit not return home. The three men went to more than 2-3 funerals a day at that time. 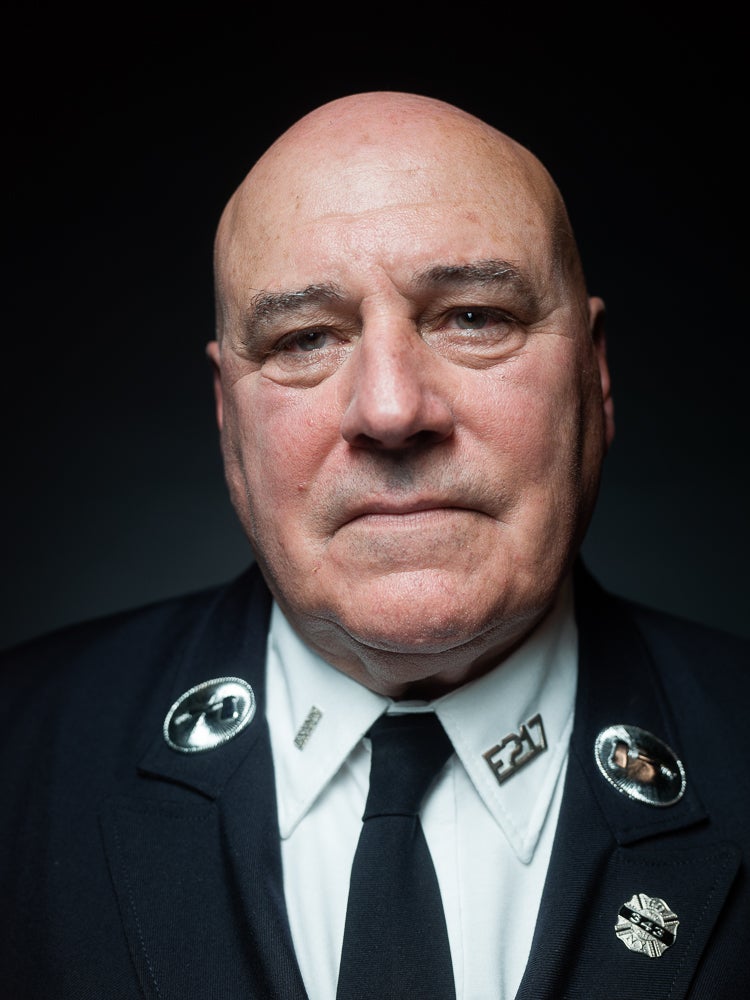