Captain James Campbell, a Brooklyn, NY native who served as Captain of the New York City Courts at the 9/11 attacks, was at Brooklyn Criminal Court when two commercial airliners crashed into the Twin Towers. He recalls initially not knowing what to do at that moment after seeing the World Trade Center up in flames.

Campbell described the “mass exodus” of people fleeing downtown Manhattan, heading into Brooklyn by the thousands, and many of them stopping at the doorsteps of the Brooklyn Criminal Court building.

Those who worked at the Brooklyn Criminal Court building directed people to receive medical attention, helped people contact loved ones and distributed water to those who fled the Downtown Manhattan area. People who lived in Long Island and New Jersey had no idea how they would get back home.

Three of Campbell’s co-workers were missing and were eventually pronounced dead. One of those three co-workers was a close friend, New York City Fire Department (FDNY) Captain Timothy Stackpole, promoted on September 5, 2001.

Campbell and his partner, Mark DeVito, arrived at the site around midnight, and he describes it was a surreal experience. Ashes were everywhere, the smell was unbearable, and firefighters were still trying to extinguish the numerous fires.

Campbell had worked at Ground Zero for four weeks straight before returning home to his family.

Capt. Campbell volunteers for the Tunnel to Towers Foundation. He explains the importance of never forgetting the 9/11 attacks and what it means to him to have a banner of all of those who have perished on 9/11 and after 9/11 due to related illnesses, including more than a dozen people who have died of 9/11-related illnesses from the Court Officers Department. 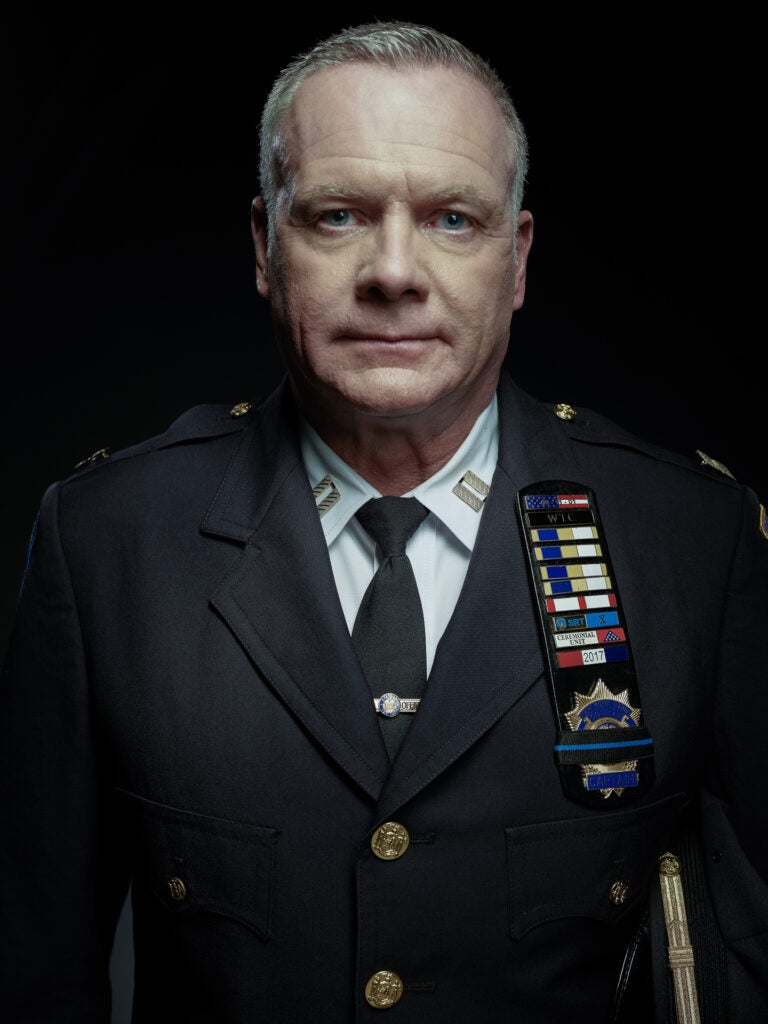