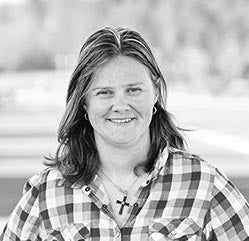 Despite being unfamiliar with the Foundation and its programs, Yve Sturman participated in her first NYC Tunnel to Towers 5K Run & Walk in 2014 after being invited by a friend and first responder from New York. Like many others, after witnessing the emotion and inspiration that came along with the event, firsthand, Sturman was hooked. She also saw the healing that the race brought to her friend, who had been involved in the recovery efforts after 9/11.

Later in 2014, after NYPD officers Liu and Ramos were assassinated, Sturman got a terrific sense of how the Tunnel to Towers Foundation answers the call when first responders lose their lives in the line of duty. In just 10 days, the Foundation raised $1 million to support the families of Liu and Ramos. Sturman decided to step things up in terms of fundraising after seeing T2T’s commitment to the families left behind, and learning of what it does for wounded service members.

Storytelling has been the best approach for Sturman. “I firmly believe in the power of the narrative,” Sturman said. “People are more likely to support you if they can find a commonality with you. Here’s my story, here’s Stephen Siller’s story, here are the stories of the countless veterans who have received smart homes through the foundation, here is what the foundation has done for first responders after tragedy strikes, and here is where your money will be going.”

Yve shares the message a lot on social media and occasionally blogs about it. In addition, she always takes the time to send her donors thank you emails. She sees people’s time and money as precious commodities that should never be taken for granted, and considers herself fortunate to have people who recognize the importance of the Foundation’s work and continue to support her fundraising mission.

In addition to her participation in the T2T 5K Run & walk in New York, Sturman took part in the 2017 Tower Climb at One World Trade Center. She raised the funds required to participate in the event in less than 24 hours!

Sturman’s generosity isn’t limited to lending her support to T2T. She has braved the frigid Atlantic in polar bear plunges to support Special Olympics in February, one year donning a giant hot dog costume to reach her fundraising goal, and also hopes to ride in the Law Enforcement Unity tour this coming year. The latter is a bike ride from Chesapeake VA to the National Law Enforcement Officer’s Memorial in Washington D.C. to support families of officers killed in the line of duty.

Sturman offers sage advice for those looking to get involved. “Don’t be afraid to do it,” Sturman said. “Many people say they hate asking their friends and family for money. I get it. But on the flip side, tell them the story and get them involved in your narrative and fundraising journey. I’ve learned these past few years that people really do want to “do good” as the foundation highlights. Many just don’t have a clear avenue to do so. If you can get them involved, they get to give back, and you get to advance the work of a foundation you truly believe in. It’s a win-win!”