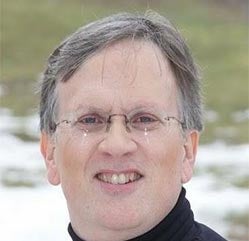 After many years of watching coverage of the Tunnel to Towers NYC 5K Run & Walk on his television, John Quinn decided to participate in the event in 2010. Like most others, he hasn’t looked back. The magnitude of the annual run has led Quinn to raise funds for the Foundation and its programs. He believes that actively participating in the event and being associated with the T2T Foundation has changed his life.

Every year, Quinn runs in memory of his dear friend Joyce Carpeneto, who was working for General Telecom on the 83rd floor of the North Tower on September 11, 2001. He and Carpeneto worked together for years at Tower Records in Greenwich Village. He runs with an FDNY shirt for the firefighters, and a beautiful picture of Joyce near his heart.

“My favorite part of the run is coming out of the tunnel and seeing 343 firefighters holding pictures of colleagues they lost on 9/11,” Quinn said. “My father is a retired FDNY officer, and one of his colleagues is always there holding a picture of his son who gave his life that fateful day. I always look for him.”

Word of mouth and social media have been among the successful techniques used by Quinn to secure support for him friends and family members. In early September, he begins posting on Facebook about the fact that he will be once again retracing Stephen Siller’s footsteps. He highly recommends the use of social media platforms to raise funds.

“I always thought that a 5K run in memory of the firefighters and all the other 9/11 victims was a wonderful thing, and I wanted to be a part of it,” Quinn said. “I enjoy seeing all those wonderful people along the course who are rooting us on. It gives me a second wind to make it to the finish line. It has been one of the great experiences of my life. I’ll keep doing it every September as long as my legs hold out!