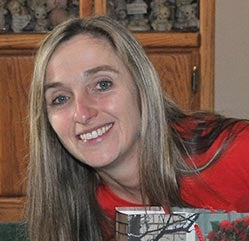 Like many of those who choose to fundraise to support the Tunnel to Towers Foundation through the annual New York City T2T Run & Walk, Jackie Pellek’s team started with humble beginnings. Her husband, a firefighter, saw television coverage of the event, did a little research, and decided that it was a cause worth supporting. Jackie, who also lends time and talent to the Sussex County Women’s Forum, and educational and local fire department causes, had a team of 10 back in 2014, saw it grow to 58 in 2016, and could have 100 participants in 2017!

As is often the case, after participating in the T2T Run & Walk for the first time, the members of her team have become hooked and forever connected to the Foundation’s mission. Her diverse team includes firefighters from a multitude of places, including FDNY members, a 9/11 survivor who made it out of the South Tower, and even a gentleman who helped build the Twin Towers at the original World Trade Center complex.

The team’s firm belief in the Foundation’s cause has made things a little easier in terms of securing donations and attracting new team members. Jackie and her team utilize solicitation letters, social media, and a video of coverage they received on the YES Network from the 2016 event. Of course, word of mouth is a successful tool. “Don’t be afraid to ask people to join or donate,” Pellek said. “You’ll be surprised at the positive response you get. Also, be creative with your fundraising!”