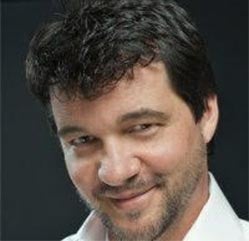 Greg Charles, a long-time supporter of the Tunnel to Towers Foundation, has raised funds for both the Tower Climb at One World Observatory and the annual New York City T2T Run & Walk. He has participated in and led a fundraising team for the latter event for a decade.

While he has supported other organizations, the Tunnel to Towers Foundation is his charity of choice.

Greg uses multiple methods of securing donations, including social media, but finds he gets the greatest results through reaching out to his personal and professional contacts via email. He advises anyone looking to fundraise to utilize as many outlets as possible, to have a compelling message, and to make sure to convey the importance of the cause.

In 2014, Greg raised funds in honor of Joseph Anthony Lenihan, a fellow West Hartford, Connecticut native and graduate of William H. Hall High School, the same high school Greg attended. Lenihan, who was an executive vice president and a member of the Board of Directors at Keefe, Bruyette and Woods, lost his life at the World Trade Center on September 11, 2001.