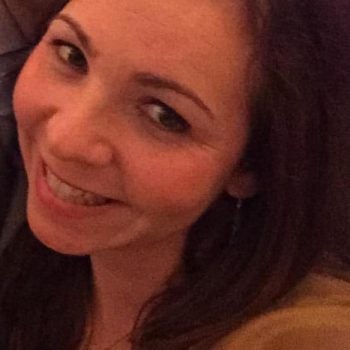 In 2014, when Ellen Scott first learned of the Tunnel to Towers 5K Run & Walk in NYC, her competitive juices began flowing. Despite September already being a hectic month for the school teacher, and the fact that the event was just weeks away, Scott was determined to put forth a fundraising effort. She gathered a team of eleven, posted her story on Facebook, and was able to raise nearly $1,400. An outstanding effort given the circumstances.

In year two, Scott and her team raised over $7,000, and together have brought in close to $17,000 in total since beginning the endeavor three years ago!

Scott’s story is unlike others. On February 20, 2001, her brother Robert, a lance corporal in the United States Marine Corp, had his service to the country cut short when he was killed in an automobile accident while returning to his base. He was just 20 years of age.

Life got even more difficult for Scott and her family on the morning of September 11, 2001. Her father, Chief James Romito of the Port Authority Police Department, courageously went up to the twenty-seventh floor of the World Trade Center’s North Tower. He was supervising the effort to rescue citizens from the building. After summoning officers to head outside for first-aid supplies, the floors above him began to cave in. According to a colleague’s account, Chief Romito turned back from a clear stairwell to go back to alert a group of firefighters. He was found beneath the rubble with colleagues PAPD officers James Parham and Stephen Huczko, Lieutenant Robert Cirri, and Captain Kathy Mazza, along with a woman they attempted to rescue. Chief Romito, who was 51 years old, was instrumental in safely evacuating numerous people.

“Running in my dad’s name keeps his memory alive,” Scott said. “I am extremely passionate about police and military. My love for the military comes from my brother. My father lost his life doing his job. I also married a police officer. I know how hard they work and the sacrifices they make for the job. I also know firsthand the sacrifices the family members of police officers make. I always felt so proud of my dad. He was my hero long before 9/11. I feel this same sense of pride being married to a police officer. He is always “on duty” and is the first to help anyone in need.”

Scott does most of her fundraising via Facebook. She shares her father’s story and photos, and posts once or twice a week. She tags people who have donated and thanks them on social media as well. Scott also likes to share videos highlighting the Foundation’s Building for America’s Bravest program, citing the power of the message.

Participating in the T2T Run and raising funds to support the Foundation’s programs is extremely important to Scott. “Knowing that funds raised through this event benefit members of our military enables me to be a small part of thanking the men and women who sacrifice so much to protect our freedom,” Scott said. “Tunnel to Towers is my way of giving back and doing good in loving memory of my dad and brother.”